Prior to joining the faculty of Indiana University in 2013 to launch the M.F.A. Costume Technology program, Heather served as the Costume Production Specialist for the University of Alabama's Department of Theatre & Dance.

A native New Yorker, Heather obtained her bachelor’s degree in theatre from Ithaca College in the mid-nineties. Upon graduation, she moved to NYC where she worked making Broadway costumes at Barbara Matera Ltd. She worked as a cutter, first hand, pattern maker and assistant draper over her years of service with the shop. She worked on such shows as Spamalot, Mama Mia, Movin’ Out, Thoroughly Modern Millie, The Lion King, Aida, Beauty and the Beast, Sunset Boulevard and Show Boat, as well as 101 & 102 Dalmatians (the movies), many ballets (NYC, ABT, SF), several operas, the finale costume for Cher’s 2003 Farewell Tour, the Rolling Stone’s 1995 Voodoo Lounge Tour and more. 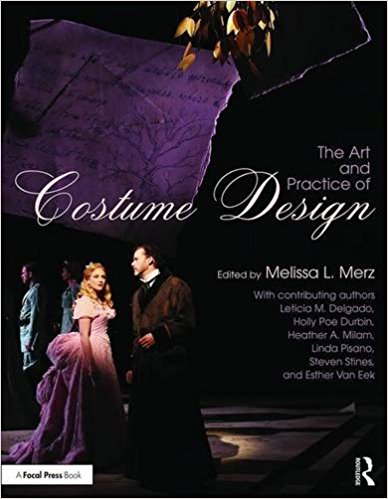 The Art and Practice of Costume Design

From the Ground Up

Water by the Spoonful

At First Sight - A Festival of New Plays

The Resistible Rise of Arturo Ui

IU Theatre — Member of the Tribe